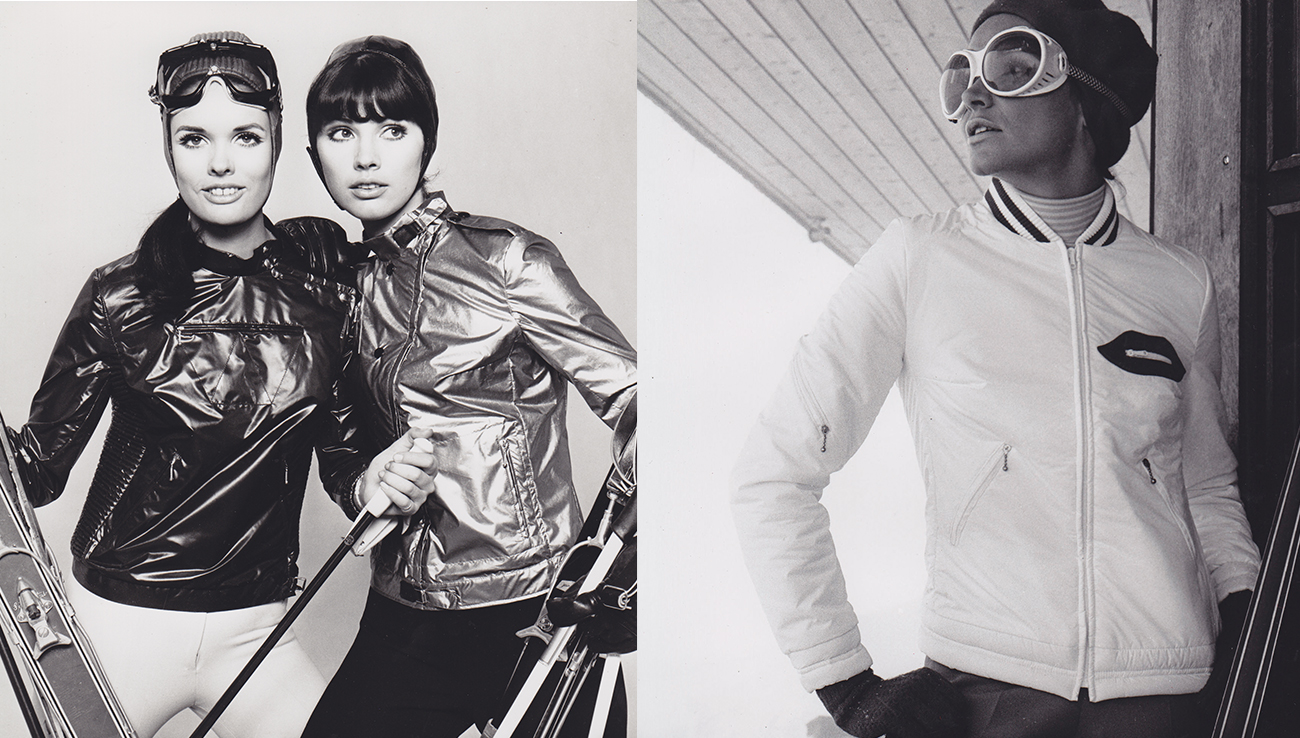 Founded in the 1930s, Skidress® owes its origins to France Sport, a company created by Charles Muller and Charles Diebold in Strasbourg, France. At the time, the company sold ski wax and ski touring climbing skins as well as winter sports apparel. Charles Diebold played an instrumental role in transforming Val d’Isère into a winter sports resort, in opening the first French ESF ski school in 1936, in developing the “Chamois de France” ski racer training qualifications in 1938, as well as the springtime Grand Prix in 1947, which would later become the “Criterium de la Premiere Neige” (the first World Cup alpine ski race of the season) in 1955.

Robert Mathy joined Charles Muller to manage Skidress®. He ended up acquiring all share sin the company with the goal of growing the brand. With years of experience in the textile industry, Mathy slowly but surely exited the wax and climbing skin business to focus on apparel.

Skidress® revolutionized skiwear by creating the Egg stretch pant, made with Elastiss, an elastic fabric developed by Lyon native Jean Laurent. Since Elastiss could only stretch one way, Robert Mathy came up with the idea of adding a strip of jersey-knit to the outside of the leg and to sew another piece of Elastiss in reverse. This allowed the pant to stretch both ways. By combining its unique style with incredible functionality, the Egg stretch pant quickly gained popularity outside the world of competition. Wearing Egg pants by Skidress® became the latest chic trend on the slopes inthe French Alps. Not wanting to stop there, Robert Mathy decided to create a high-fashion brand called Skidress®Chaparral.
For this new collection, he called upon the skills of young stylists who quickly thereafter made a name for themselves in the world of fashion. Emmanuelle Khanh designed the first Skidress®Chaparral collections before launching her own readyto-wear brand and her hugely successful style of glasses.
Another young stylist then took over design for Skidress® Chaparral. His name was Thierry Mugler ! His original style worked wonders, and the brand became wildly popular with the major stars of the time such as Gilbert Bécaud, Sheila, Sylvie Vartan, Michel Polnareff, and even the Shah of Iran.

Skidress® expanded internationally, growing quickly in Lebanon and Japan where Skidress® signed licensing agreements and created specific patterns in the latter to fit the Japanese physique. 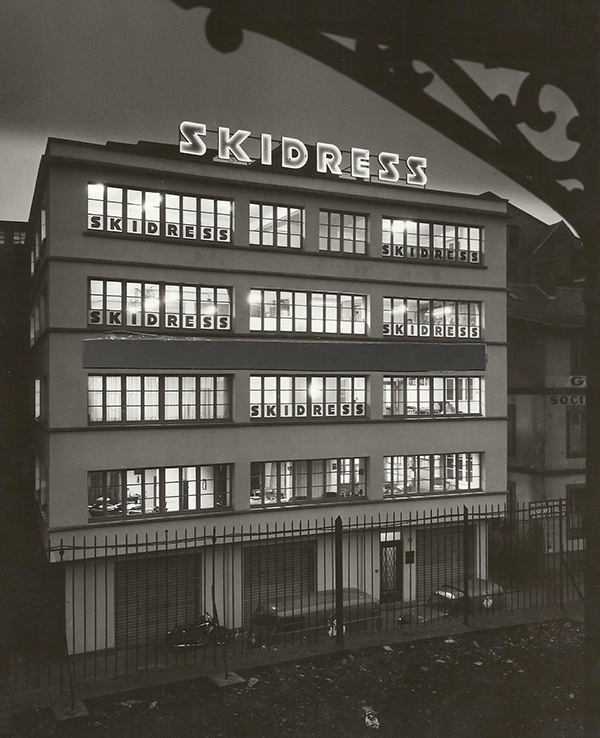 At the beginning of the 1980s, the brand went into hibernation… to be awakened in 2013 by the company 19cent48, who has now revived “Chic French Sportswear.”

Alluring on the slopes, stylish in town.
Loyal to the brand’s roots, the latest collection revisits the mountain lifestyle. With a sport-chic design reminiscent of a bygone era, the sporty lines and incredible detail bring back a truly unique style. Elegant, refined, and contemporary through the use of technical fabrics; classic cuts reinvented. Skidress® creations are designed by a French stylist and made with fabrics manufactured in France and Italy. Fashionable, with a tapered cut, v-neck, synthetic fur, and darts for women ; a chic and sharp look for men, with classic lines, reinforced elbows, twin-set models, and faux collars, the stylistic details enhance each creation. Every model bears the brand’s signature blue-white-red striped band or trim as well as the hexagonal Skidress® logo. Designed for an alternative mountain experience, Skidress® creations celebrate the ultimate blend of comfort and finesse, a combination offering as much appeal on the slopes as around town...

Tecnowool products combine the natural advantages of wool with the func¬tional properties of synthetic fibers. Outside wool, inside polyester for an outstanding moisture management system. Tecnowool is a truly « green » product: The processed high grade wool is namely 100% recycled, chlorine-free, and contributes an extremely small carbon footprint for a sustainable environment!

COOLMAX® All Season fabric optimizes the body’s natural thermo-regulation capabilities. It contains ﬁbers with a channeling surface to move moisture away from the body when the wearer is hot. Plus ﬁbers with a hollow core to provide insulation for added comfort on colder days. 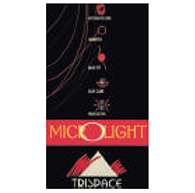 Perfect insulation against the cold. It is a 100% polyester batting with two types of fiber: the first do not let the heat and struggle against temperature changes, the second providing this insulation resistance. TRISPACE’s strengths: its insulating power, its lightness, wadding suitable for sensitive skin (hypoallergenic), its resistance and durability. In addition, its products have very interesting qualities: anti-mite and anti allergic. 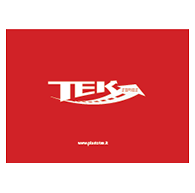 Tekseries is a particolar membrane featuring significant resistance to cold and wind combined with a high level of transpiration and resistance to water : Water Column 10000mm. Air Passage. 0% Breathability 11.000gr/mq/24h 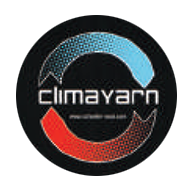 CLIMAYARN® technology expels humidity, keeps warmth during low temperatures and prevents overheating during exercise. Mixed with the benefits of natural Merino Wool with the high performance and strength of the Polypropylene. 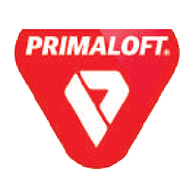 PrimaLoft® Black Insulation Eco features all the necessities for a thermally efficient insulation and adds the benefits of softness, packability, and loft. The performance experts at PrimaLoft, Inc., have combined 60%-recycled materials with advanced fiber technology to create a high performing eco-friendly insulation for immediate warmth without the bulk. This insulation delivers all the performance needed to tackle the adventures of everyday. 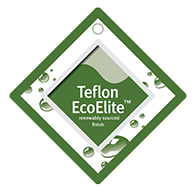 Water-repellent treatment without PFC, efficient and durable. It is the first non-fluorinated, renewable energy-based treatment for plant-based fabrics for sustainable water resistance. It is made with 60% of raw materials of renewable origin. Teflon EcoElite™, developed by Chemours, is made of Bluesign® certified bio-based materials.

Newlife TM Newlife TM is a unique, complete and certified system of recycled polyester filament yarns coming from 100% post consumer Pet bottles sourced, processed into a polymer through a mechanical process and spun into yarn exclusively and entirely in Italy.

Select a country to find a reseller

By subscribing to our newsletter you agree to receive emails about our news. We do not share your data with third parties. You can unsubscribe at any time in the lower part of the sent newsletters.